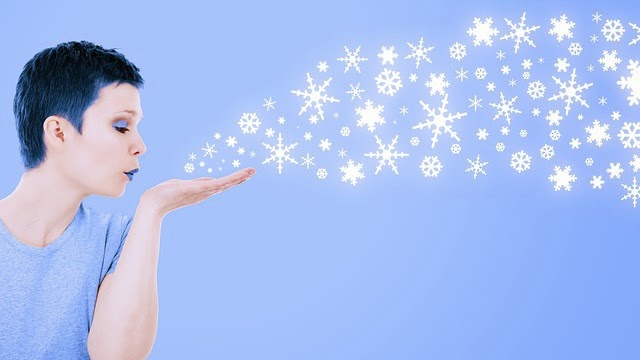 How to keep your fingers warm during NaNoWriMo:

A. You could use a blow torch and run it over your fingers. But then again, you would probably end up with burnt fingers and a lot of unnecessary pain. So, don't do this one.

B. Moving on, you could get a cat, train it to sit on your fingers and purr while you write. But then again, it would take a lot of effort to move your fingers, slowing your typing down and causing your word count to not be where it needs to be. So, maybe don't try this one.

C. Here's an idea. Move to a state that does not get down to the mid thirties at 5PM in mid-November.

D. Or, bring a heated blanket to all your write-ins. When people complain that there are not enough outlets to plug their laptops and other devices in, tell them they are just jealous they did not think about bringing such an awesome blanket and should have thought about that before they even attended. Then again, none of us would say that. This won't work.

E. Ok. Here is it, This one will work. Order a large coffee or tea. hold the cup in your hands long enough to be able to feel the excessive heat emanating from within, take a sip, and then put it down for five minutes so you can write. This may slow down your writing a bit, but you will have the added benefit of caffeine.

F. Do they make heated keyboards yet? Probably not. Computers still have to remain somewhat cool. Pity.

G. Gloves! It may only be November, but sometimes you just have to get up to the attic or go digging in the basement or garage for an hour to find your winter outerwear. Fingerless gloves obviously work best. There are also heating options available now and they plug right into your laptop.

Posted by KayleighMihalko at 5:16 PM No comments:

I am 2 days behind in my word count and trying to stay focused on my story. It has been especially difficult today since today was the day we laid my Grandmother to rest.

NaNo has become a way to distract myself from the sadness and a way to keep doing something besides mourn. However, trying to focus and write is difficult since I do have all of these emotions to deal with. I find myself procrastinating by checking Tumblr and Facebook even more than usual.

It doesn't help that I have also been thinking in terms of stories (as I do every November) and have come up with another idea for another story. I want to write this new story while these emotions are fresh since it has to deal with the events surrounding my Grandmother's passing.

Instead of writing a full length story, I will attempt to write it in one paragraph:

Grandmother's Passing
My Grandmother passed away Halloween night. They say that Halloween is a special night during the year. It is the time when the vale between the living and the dead is at its weakest, making it easier for the dead to cross back into the world of the living. My Grandmother's husband and youngest son, who have both passed on years ago, realized this and came to see her. She was unsure about crossing over and they came to help her break free from the suffering of this world and join them. She smiled when she saw them and, after a long conversation, decided it was time. She was in fact done with this world and was ready to move on. That was when her journey with this life came to a close.
Posted by KayleighMihalko at 5:43 PM No comments:

It is day 2 and I am already behind by a couple thousand words. I can already tell this is going to be the toughest year yet. Between professional, volunteerism, and personal events and issues, I have already lost 4 days of writing. I am going to have to work really diligently to find time and always be prepared to write.

My grandmother, the relative I was closest to, passed away in her sleep sometime between 4 and 5AM on November 1st.

Living an hour and a half away, I was not able to get up there to see her one last time and will have to live with that for the rest of my life. I do not regret it and said my good byes each time I was up there over the past few months just in case. I know that she knows how much I love her and I know how much she loves me. I also understand that she would have wanted it this way. She wanted to be alone and not have anyone see her in that state.

I have not shed any tears yet, though I know I will. I have so much going on and it does not yet feel real, so I have not been able to cry. That in itself is a difficult emotion to deal with.

Last year I had to put my dog down during the month of November. It was the worst feeling ever. She was my baby and my love for her is still unmatched.

I have learned that there are many different kinds of love and none of them are less than any other. Though time might not heal all, with time comes higher levels of understanding and acceptance.

I am not excited to starting the grieving process again, but at least I have a lifetime of good memories to look back on and a better understanding of the process.

My grandmother was adopted. Her adopted father passed away shortly after she was in his life. For most of her early life, it was just her and her mother. She had two sons, though one was killed in a car accident in his early twenties. Her one living son had five children, all of whom love her to no end. She has many friends and family members now.

She was the strongest and most independent women right up until the end. Those traits will live on in me.

Grandma Margaret Niles, I love you.
Posted by KayleighMihalko at 7:44 AM No comments: