Catching Up Over Coffee - April 2016 at Cheshire Coffee in Cheshire

April, 2016 - This month, my sister and I decided to meet about half way from our homes, which turned out to be Cheshire, CT. There is a coffee shop in this town fittingly called Cheshire Coffee. I had been there a few times before, but not with my sister, so we figured this would be a good time for her to try it.

This coffee shop is located in a stand alone building and has it's own parking lot, something we don't see too often around here.

Inside, the place is spacious yet cozy. There are photos hanging on the walls, big comfy chairs scattered around, and some tables for those who want to eat and work. The people are always so nice on both sides of the counter as well. 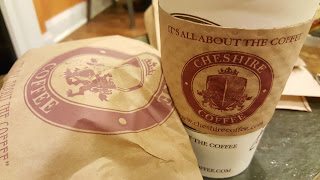 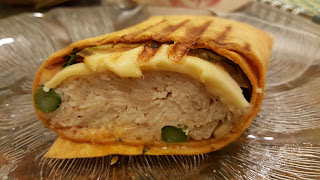 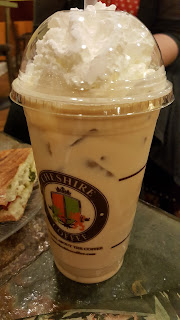 For food, I had the turkey wrap with smoked Gouda and asparagus. My sister had a chicken panini. This is the second or third time I had this wrap and I will probably have it again next time I go. I also had the caramel macchiatto while my sister had a flavored iced coffee. I don't remember exactly which one, though.
Everything was delicious and tasty. Would we go back? I know I would!
We weren't done with our day yet...

As an added bonus, we visited a well known ice cream shop called Sweet Claude's . Boy did it live up to its reputation! Even in the light rain, there was still a line, and we found out why. The ice cream was so smooth, thick, and creamy. Delicious. In a state full of top notch ice cream, it's hard to stand out. Very few are as well known and respected as Sweet Claude's. My only regret is that this was my first time visiting. 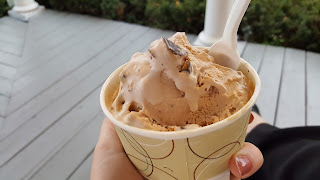 Catching Up Over Coffee - March 2016 at Half Moon and Mr. D's Bakery Wallingford

March, 2016 - My sister and I actually have one more sister who lives in Wallingford. We all met at her place and chatted for awhile before the two of us headed out to chat at our March coffee stops.

We actually decided to go to two places this month - Half Moon Coffee and Grille Cafe and Mr. D's Bakery. These two places are practically next door to each other. First we had dinner at Half Moon, and then went to Mr. D's for cupcakes and coffee.

We weren't really impressed with Half Moon, though it wasn't bad. The clear winner was Mr. D's Bakery. To be fair, it's not really a competition. Mr. D's offers cupcakes, ice cream, toys, and candy, which are much more exciting than coffee. As we walked into Mr. D's, my sister said something to the effect of wanting to move in and never leave!

One of the first items that draws your eye as you walk into the store is a carousel horse. 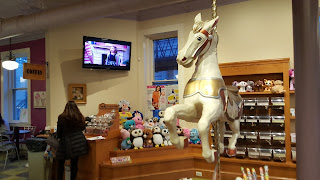 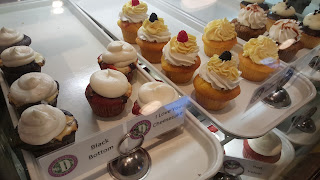 There are actually a couple of these around the store, but the others can be missed, believe it or not, because they are surrounded by bright, fun toys, and cupcakes.

Oh, the cupcakes! I don't know how anyone could have just one. My sister and I each ate one there and brought a box of six home for later (and to share).


We each had another medium coffee while we ate our carefully chosen cupcakes. A few unoccupied tables were tucked out of the way in a corner near the front window, where we were able to enjoy our treats and take a more careful look at our surroundings.

Below are some photos of the rest of the store. 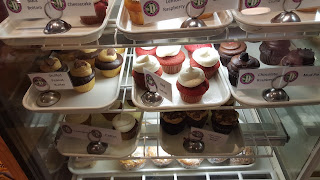 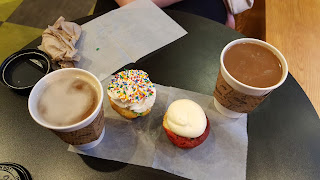 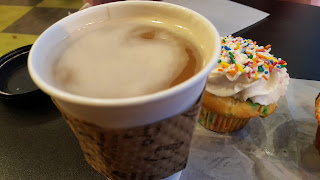 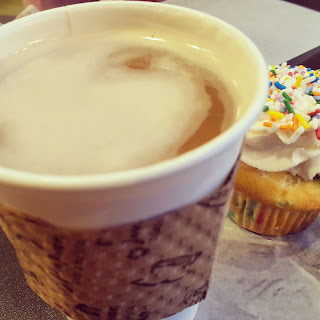 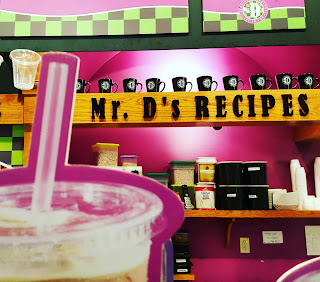 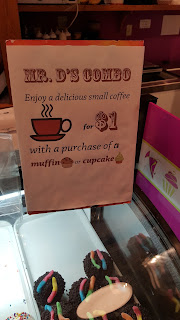 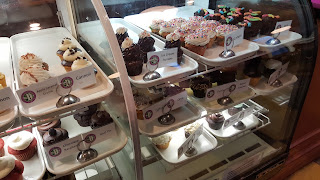 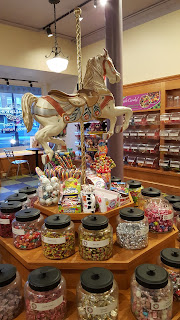 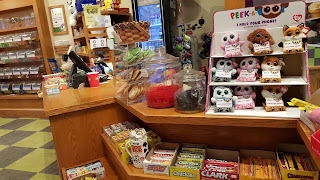 Posted by KayleighMihalko at 6:00 PM No comments: